100% of your contribution helps those living with Parkinson’s move and live better lives. 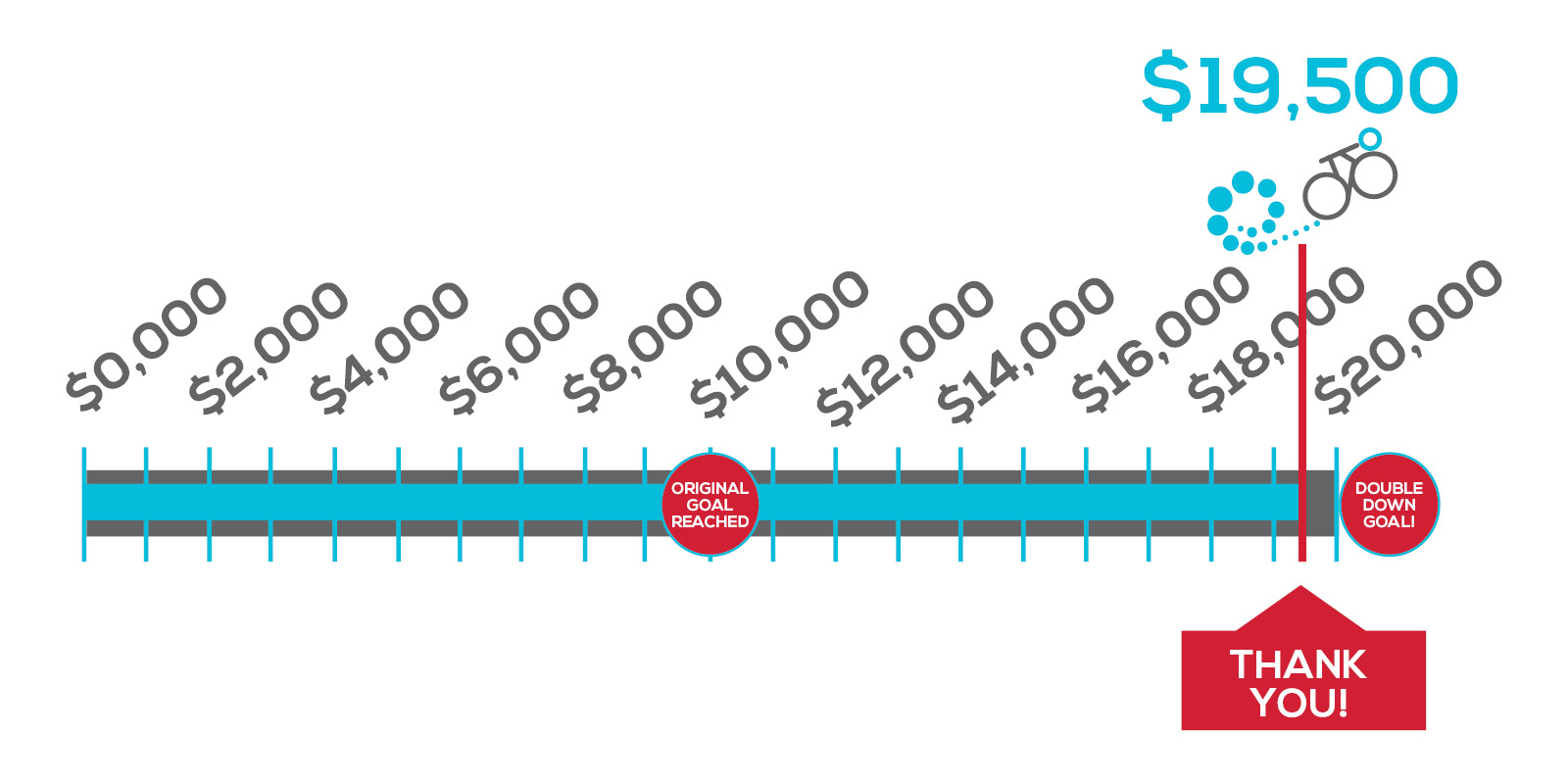 WOW! With your generosity, we have reached our original goal of raising $10,000 for Pedaling for Parkinson’s. Can we DOUBLE DOWN and hit $20,000 together?  Let’s continue this momentum as our cyclists are half way through their journey across Ohio.

Supports Pedaling for Parkinson’s programs across the country.

100% of your contribution goes directly to the frontline to support those in need.

Pedaling for Parkinson’s came about after Cathy Frazier, Co-founder, commented during RAGBRAI 2003 that, “for this week it did not feel like I had Parkinson’s.”  These comments were later confirmed to some degree by Dr. Jay Alberts.  Upon returning to Atlanta, Dr. Alberts evaluated Cathy’s motor symptoms using the clinical evaluation assessment, the Unified Parkinson’s disease Rating Scale (UPDRS-Part III Motor Exam).  Cathy’s scores decreased by nearly 35% compared to her scores approximately six months earlier.  While on the 2003 trip, Dr. Alberts also noticed that Cathy’s tremors had improved and her handwriting seemed to be larger and more legible.

We are currently exploring the hypothesis that these improvements in motor function are due to an increase in the patients’ cadence (RPM’s).  The average cadence of a Parkinson’s disease patient during stationary and on-road cycling is between 40-50 RPM.  A well-conditioned road cyclist will typically pedal at cadences greater than 85 RPM.  When riding on a tandem bicycle both participants must pedal at the same rate as the pedals are locked via a timing chain.  We hypothesize that positive motor effects occur when Parkinson’s patients pedal at rates higher than they can normally achieve (e.g. riding a tandem with a trained cyclist).

Our Purpose: Together we will go further.

Our Mission: Connecting people through the power of movement.